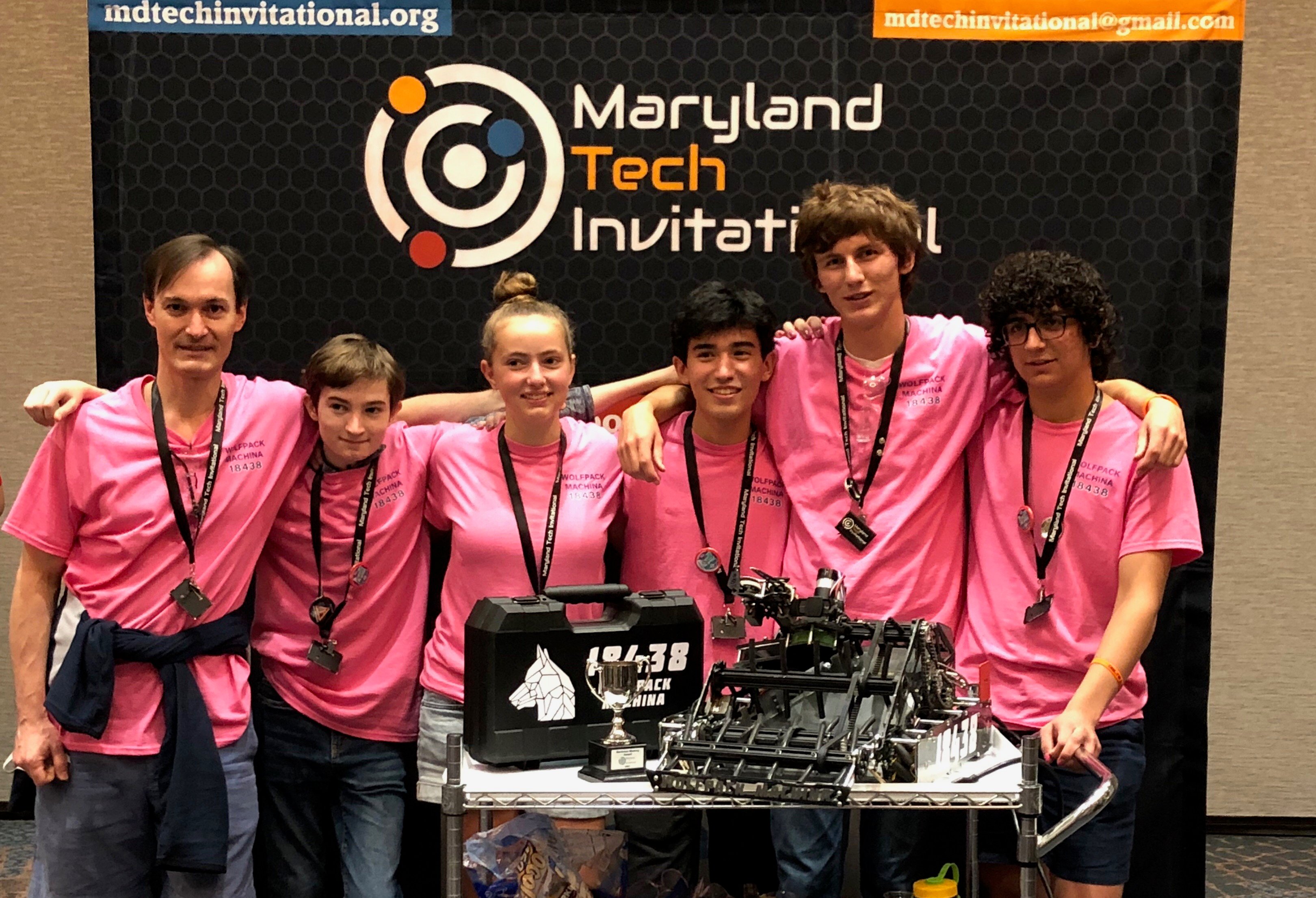 Waring's own "Wolfpack Machina" did very well at the Maryland Technical Invitational (MTI), the last, and most important, FTC tournament of this season.  With FTC World's cancelled this year, all the top teams in the US applied to be invited to MTI.  The best 32 teams were accepted, Wolfpack among them.  We were one of the only rookie teams at the event.
On July 31 and August 1, 2021 the Wolfpack played nine placement matches and came in 6th place out of the 32 teams.  Because of our high rank, and strong match performances, we were selected by the top team for their alliance for the elimination rounds.  Our alliance played 3 matches during the semi finals, but did not advance.  Wolfpack was selected by our alliance captain to play one of the three matches our alliance played.  We won our match, but our alliance partners did not win the other two matches, so we did not advance.
Here is a link to the entire broadcast.  If you go to 5:24:00 (the five hour and twenty four minute mark) you can see our match.  It was the highest scoring match of the entire elimination phase of the tournament.  We are on the red team and were paired with our alliance partners, and very good friends, Black Forest Robotics, who mentored us the entire season.  It was a very happy situation that allowed our mentor team to be paired with us.  It was what we would have hoped for.  We were proud to help them win our match together.
After the elimination rounds came the awards ceremony for the engineering prizes.  Wolfpack got honorable mention for the K.I.S.S. (Keep It Straightforward and Simple) award.  However, to our great delight, we won the top prize for Hardware Mastery Award which is described by the organizers as follows:  "Hardware Mastery Award - will go to the team that the judges deem to have the most innovative and robust hardware solution to this year’s challenge. The team that receives this award really impressed the judges with their engineering process, design and performance on the field. The top team will receive a grant."  (Picture above, accepting the Hardware Mastery Award)

To win the Hardware award Wolfpack submitted this video and was also interviewed by the judges about the technical aspects of our design and build process.

Olive Sauder, Owen Cooper, Chris Douglas, Jamie Gabbay and Colin Keegan represented the school well at MTI.  They have put us on the map in the top level of robotics competitions.  We came to the competition being described on the FTC Discord as a great rookie team, but a totally unknown quantity.  We leave the tournament having met and made friends with the other top teams.  Our team even got invited to "fight club," an informal set of scrimages that takes place on the sidelines of top tournaments between the very best teams.  The kids said it was thrilling to see the best robots go up against each other for hours at a time.  Our team scored well over the official world records during their fight club matches; they were right in the mix.  The friendships made on the sidelines during these hours put the kids in contact with other devoted, and truly skilled, young people who they will see for years to come.
MTI marks the end of the 2020-2021 FTC season.  Waring entered the season with the kids learning the basics of Java, CADing, and struggling to connect the robot's computer to the driver station.  We end the year having come in second robot in Massachusetts, behind the best team in the world, and having won prizes at MTI and in MA, including the top technical robot prize in Massachusetts FTC, the Control Award (here is our submission video for that prize), and the top engineering prize at MTI.
Many members of the FTC team, including fellow faculty member Anton Fleissner, have spent the last two months teaching robotics full time (3 weeks of FLL Endterm, then 5 weeks of FTC summer camps) while preparing for MTI at night.  Anton and I could not be more proud of the kids for all the hard work training up the new members of FLL and FTC, during endterm and at the camps, and the huge amount of work they put in preparing for MTI.  That work paid off. 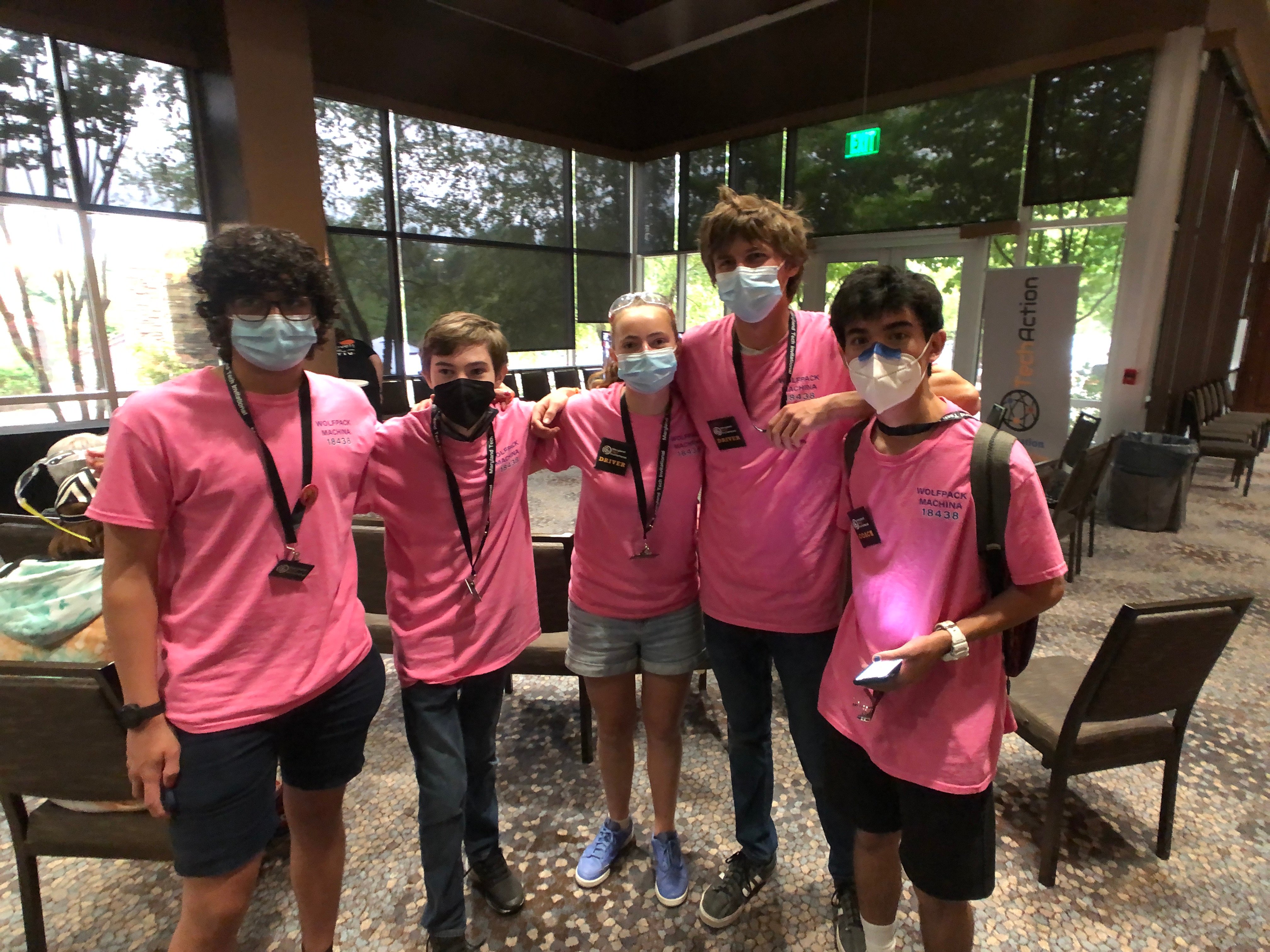 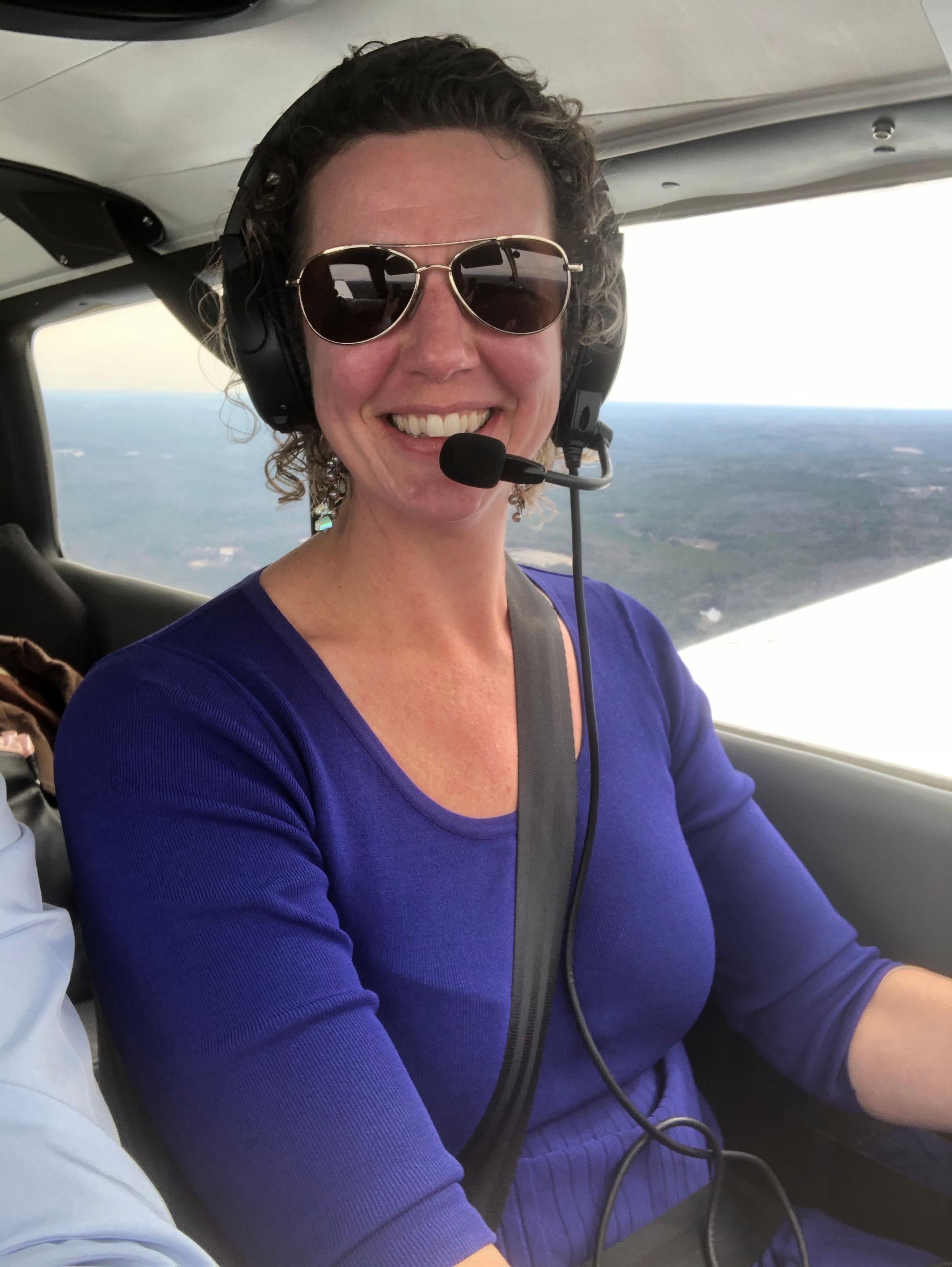