At the Forefront of Progressive Education since 1972

From Large Family to Small Community

The history of Waring School has largely been one of transition from a little school that did everything de nouveau to an institution that has a rich historical tradition which belies its relatively short lifespan. When current Head of School Tim Bakland enrolled at the school in 1988, it was half the size that is now, and yet is recognizably the same. The school is, in the words of Founder Philip Waring, a large family that has become a small community.

A film by Head of School Tim Bakland

A Brief History of Waring School 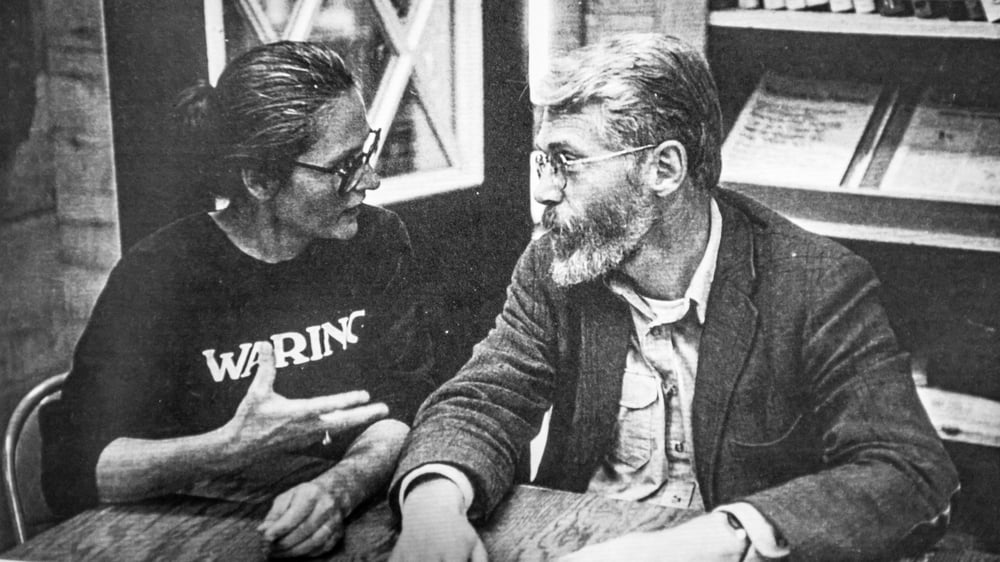 Waring School, originally known as La Petite École, was founded by Philip and Josée Waring in their home in Rockport, Massachusetts in the summer of 1972. There were four students enrolled in what was originally a typical Open classroom of the late 1960’s and early ‘70’s.

A day in the Rockport school began with Morning Talk, the forerunner of our present All-School Meeting. Everyone would sit around a long table in the Grande Salle of the School building and listen to stories, read poetry, solve logic problems, read out loud from journals, and discuss history and current events. After Morning Talk there would be academic (French, math, music, drawing, history, science, writing) and not so academic (pottery, wood-working, gardening, animal care, school maintenance) activities until the school day ended at 4:00pm. The Warings rejected the notion that exposure to the great works of great minds should be deferred to the upper levels of high school or to college when students would be ready for them. The Warings held that the great ideas and images contained in our tradition should be presented to students “from the time they learn to read and count in order that they become familiar from the very beginning with the content of a liberal education.”
In the spring of 1974 the whole school went camping in the Smokey Mountains for three weeks, and the following year everyone set out for California in a G.M.C. diesel bus. These trips are remembered as legends of Waring even today, and have inspired elements of both our program and our campus. Numerous overnight trips and travel experiences remain vital parts of the Waring experience. 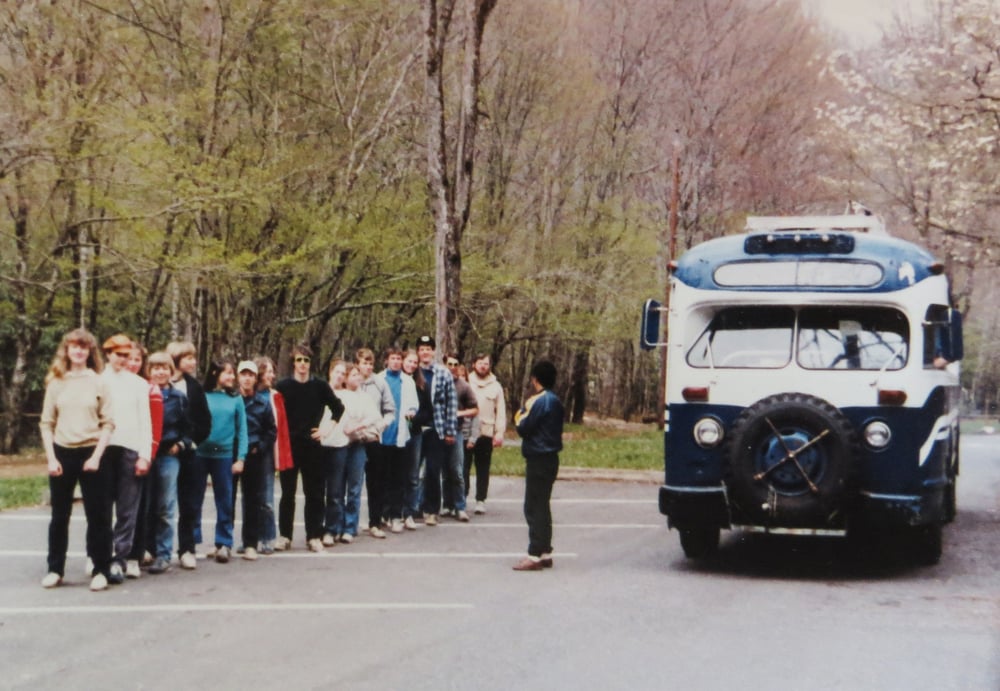 By 1975-76 it was clear that if the school was going to keep its older students for the high school years, it would have to move to a property with more space and more possibility for growth. In the spring of 1976 the school purchased the Edith Miles Coolidge Estate between the Prides Crossing and Centerville sections of Beverly, Massachusetts, and relocated that summer. The Coolidge property contained five structures: a large main house, a stable and carriage house, a barn, a farmhouse, and a large greenhouse. In addition, there were fields, gardens, and woodlands as well as a stream and small pond. The House was the first to be adapted to school use (also containing apartments for the Founders and Faculty, and even a bunkroom for a small number of boarders) The Stable and Carriage House, now known as the School, went through major renovations and now contain offices, the Grande Salle, and a wing of classrooms. The Barn was modified to hold a Library, classrooms, and the Pottery Studio (as well as the school’s original gymnasium).
The name La Petite École was officially changed to École Bilingue de Beverly, Inc., to emphasize the importance of French in the curriculum and to reflect the intention of the Founders to raise their own children and their students in two languages and cultures. But in daily use, and soon on almost all materials associated with the school, it was called the Waring School. There were 18 students at Waring the first year in Beverly. By the next year that number had doubled, and seven years later, at the time of our first New England Association of Schools and Colleges (NEASC) accreditation, there were 58 students in the school. The school has continued to grow steadily over the years. 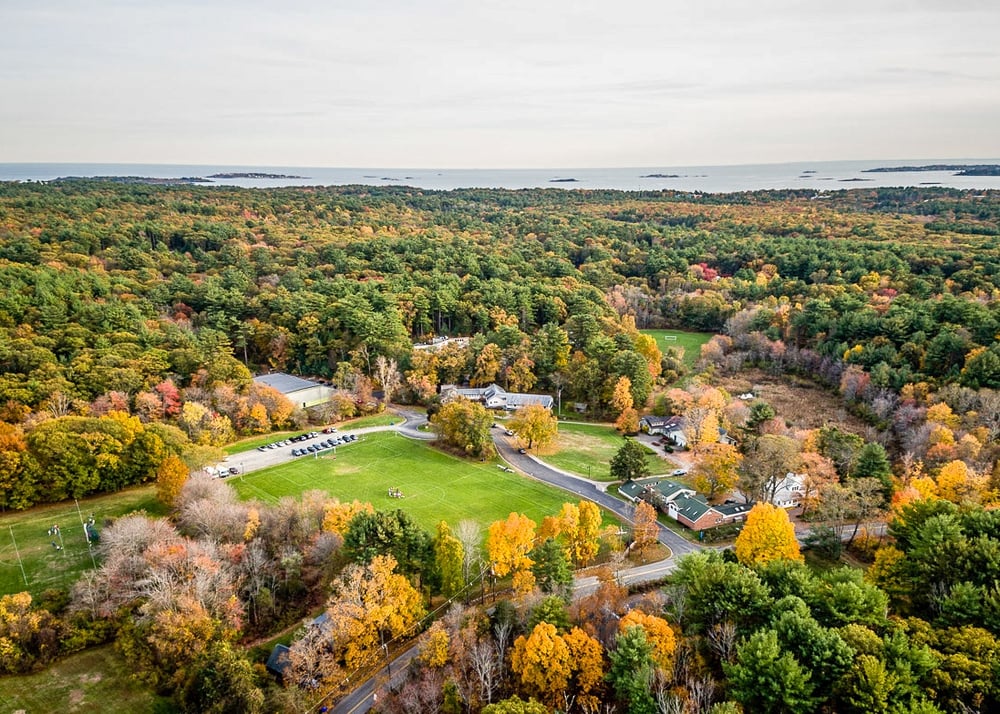 Following the first NEASC accreditation in 1983, the Board of Trustees, which had been previously comprised of members of the Waring family, was expanded to include parents and prominent North Shore residents who had an interest in the school. In the early 1980’s, the former Greenhouse was converted into a Theater, and a proper gymnasium was constructed. The large main House was significantly expanded in 1986, and the Theater building was expanded to include a larger Art Studio and two entirely new structures were added: the Gymnasium and, in 2003, a building housing three beautiful new Science Labs called the Forum, whose award-winning design was created by ISA Associates of Portsmouth, NH.
In 1991, Philip and Josée Waring retired and Assistant Headmaster and founding Faculty member Peter Smick was appointed Headmaster. Peter Smick led Waring School for 21 years until his retirement in 2012, overseeing the expansion of the school in size and reputation, including our first capital campaign and the construction of the Forum building, but also overseeing new initiatives in curriculum, such as the Core Immersion Program, and the Angers Exchange.
In July of 2012, following a national search, Melville S. Brown was appointed Head of School. As part of the transition the school was reincorporated as Waring School, Inc. Under Mel’s leadership, the school was once again reaccredited by the NEASC and the Commission on Independent Schools, following an exhaustive self-study process. This experience has led naturally into the creation of a strategic plan for the future of the school which was adopted by the board in the summer of 2015. 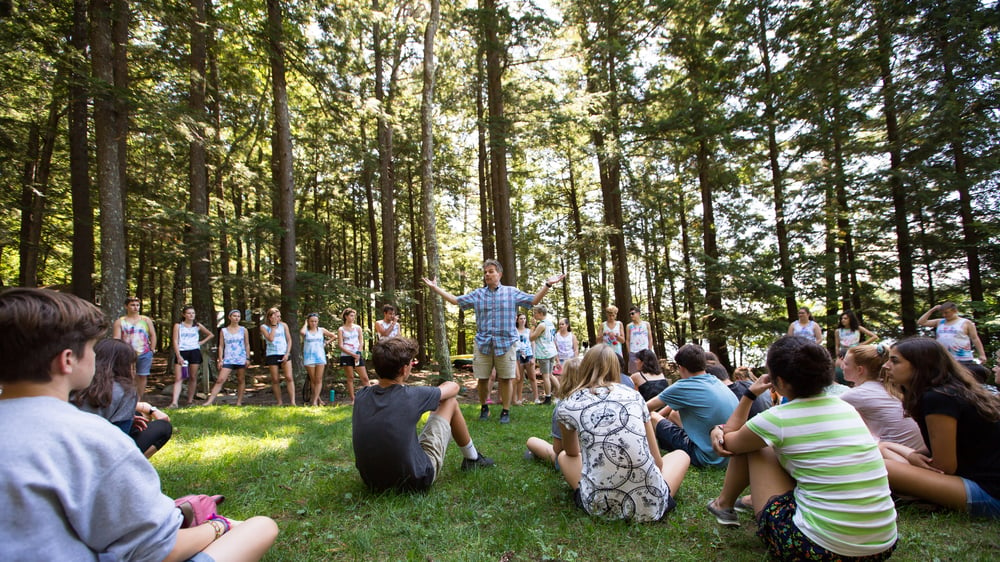 In July of 2015, Waring installed its fourth Head, Timothy Bakland. Tim is the first graduate of the school to take on this leadership role, and has the distinction of having fostered close relationships with all three of his predecessors. He was a member of the class of 1994, and came back to teach at Waring in the spring of 1998.

The history of the Waring School has largely been one of transition from a little school that did everything de nouveau to an institution that has a rich historical tradition which belies its relatively short lifespan. When current Head Tim Bakland enrolled at the school in 1988, it was half the size that is now, and yet is recognizably the same. The school is, in the words of Philip Waring, a large family that has become a small community. The difference between 18 children and 150 is smaller than it would appear. All still gather as an entire school almost every day; All still believe that real learning can only take place in a community where every student is fully valued and respected as a person by both peers and teachers; it is still the hope that everyone will know the names and faces of everyone else in the school. Waring's underlying mission remains unchanged as always: to be a place where learners can flourish and encourage one another in the pursuit of learning.