Experiment Under the Mentorship of Accomplished Writers

The conference will feature a combination of writing workshops and readings led by published mentors. This year we are pleased to offer mentorship by authors Bryan Parys, Jonathan Bennett Bonilla, Daisy Novoa Vásquez, and Jean Dany Joachim. The workshop will culminate in a group reading of student work created during the two days. Participants can experiment with different styles of creative writing, including poetry, fiction, and personal essay. Students will work both one-on-one and in small groups with their mentor.

Open to: High school students of the greater Boston area

Transportation: Waring will provide transportation to and from Beverly Depot Station for attendees taking the commuter rail. Contact Jill Sullivan at Jillsullivan@waringschool.org to organize pickup and drop-off times.

Description: The North Shore Young Writers Conference is an opportunity for students to unplug from social media and online distractions to participate in two days of intensive writing with like-minded peers. Award-winning authors will mentor students, give advice, and lead workshops as well as share their own writing with the group. Specific conference details coming soon!

Scholarships: Waring School is committed to making the workshop affordable for as many writers as possible. Contact Sarah Carlson-Lier at scarlsonlier@waringschool.org for scholarship information. 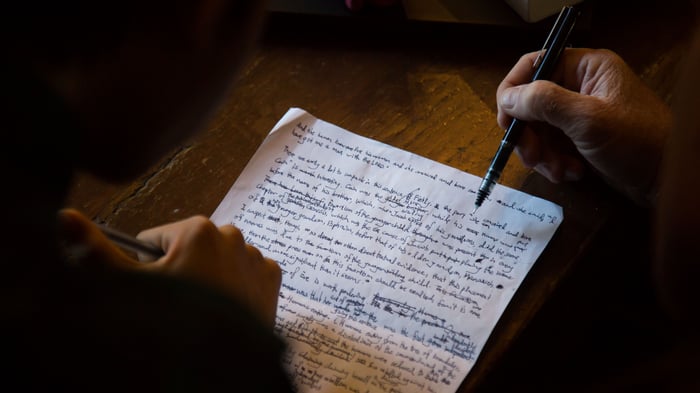 Bryan Parys is the author of the memoir Wake, Sleeper (available from Cascade Books). A writer with a deep interest in hybridity, particularly between nonfiction and poetry, his work has appeared in Ruminate, Virga, Exit 7, 5x5, and others, and has been nominated for the Pushcart Prize and Best of the Net. He has taught writing at the college-level and received a Master of Fine Arts in creative writing (focusing on creative nonfiction) from the University of New Hampshire. He is currently a senior communications manager at Berklee College of Music.

Jonathan Bennett Bonilla (they/them) is a writer, translator, editor, and educator who grew up between languages, moving around the US, Costa Rica, and Spain. Bennett Bonilla is Chair of the Philosophy Department at Middlesex Community College in Lowell, MA and also teaches literature and creative writing in the Humanities Department. Their area of specialization and interest is in History, Theory and Practice of Social Movements. Their first book of poetry, What Matter Who’s Speaking, was published by Delere Press in 2017. Bennett Bonilla is the co-founder of the annual LaGuaGua Poetry Festival in Lowell, MA, which brings together poets and translators from around the world. Bennett Bonilla is also the founder of the student literary journal Dead River Review. www.jonathanbennettbonilla.com

Daisy Novoa Vásquez is a Chilean-Ecuadorian poet, writer and translator living in the USA. She teaches Spanish at Harvard University and contributes to the newspapers El Tiempo Latino of Washington D.C. and El Planeta of Boston. She is the author of Fluir en ausencia (ArtePoética Press, 2014) and Las formas sutiles de los cuerpos (Valparaíso Ediciones, 2022). Her poems and translations have been published in anthologies and literary journals in several countries. She has participated in various international and national literary festivals and has collaborated with organizations such as the Institute of Contemporary Art of Boston (ICA), Casa de las Américas -Cuba, and The Clay Center for Young Healthy Minds, among others. Daisy also participates in artistic installations and works promoting the arts, intercultural understanding, respect for nature, and creative education. She was a writer-in-residence for the University of Massachusetts, and a member of Hispanic Writers Week, which brought poetry to public schools across the state.  Daisy is a graduate of NWMSU, Gordon College and Harvard University and also studied at the University of Ulsan, in South Korea. Her love for literature and nature developed at an early age sharing with her parents, sisters and grandmother in Ecuador and while picking raspberries in the field of her maternal grandparents in Chile. https://daisynovoavasquez.com/

Jean Dany Joachim, Cambridge Poet Populist from 2009 to 2011, and the current Poet in Residence at First Church in Cambridge, is also an author of short stories and plays. He created the Many Voices Project, a series of readings and follow-up poetry workshops, inspiring

conversations about race and equality. He has three published collections of poetry, Crossroads / Chimenkwaze (2013), Avec des Mots (2014), and Quartier (2016). He is the director of City Night Readings, a series featuring diverse poetic talents, writers, and artists. Jean Dany is a 2017 Massachusetts Cultural Council grant recipient for his play:Your Voice Poet. www.jeandanyjoachim.com