Bocce Fever: How I Caught and Spread it!

In Asbury Park, New Jersey, in  May of 1988, I was part of a group of teachers hired to grade the essay portion of the National Teacher Examination for the Educational Testing Service, the test creation-arm of the College Board. Asbury Park is best known for the Stone Pony, a music venue that hosted New Jersey native, “The Boss,” Bruce Springsteen, and also for its now dilapidated Boardwalk. Asbury Park also has the dubious distinction of being the second most dangerous city in New Jersey.

It was here we found ourselves, some 100 professional educators, working all day and having only two available entertainment options in the evening: drinking at the hotel bar or walking on the deserted boardwalk. Recognizing the dangers of the bar, I chose to take a chance and walk the boardwalk. As I headed out, I passed some weathered seafood shacks and arcades, mostly boarded up, apparently for many seasons. However, at the end of the Boardwalk there was a large building, the Convention Hall.

As I approached, I saw a few lights and a sign indicating the Anthony “Putt Putt” Petillo National Bocce Tournament. Never having heard of bocce, I was curious. I entered and discovered that the floor of the hall was filled with dozens of 12’ x 60’ frames of 2”x 12” timbers with astroturf as the floor surface. I was puzzled. Each court had teams of people, mostly but not exclusively men, mostly but not exclusively Italian, holding green or red balls and preparing to play. Many teams had colorful T-shirts and/or jackets, touting the team name and state. They were very serious and intense.

At the time, I had just entered my forties, and I knew that my basketball days were numbered (I nevertheless continued to play “morning hoops” for another 15 years). I started watching the players, trying to figure out the rules of the game as they took turns rolling the balls and yelling with each move. What amazed me the most was that the guys playing were older than my father. I was drawn in by the intensity, enthusiasm, and obvious camaraderie of the teams. I decided to follow one team for the rest of the evening. They were four septuagenarians from Fort Lauderale, FL, and they were amused that this “kid” was watching their exploits. The next night, I was back, and they kept winning. I became their fan club, along with their wives and families. After two nights, one of the guys invited me to roll a few balls before they packed up. This was the magic moment I touched my first bocce ball, on a May evening in Asbury Park, NJ, at the Convention Hall on the Boardwalk. Guido, the oldest of the team told me, “You can play this game until you die, and you’ll always get better. That’s why we are beating all these young guys here. You’ll see.” At the same time, I understood that my basketball game would never get better, and I trusted Guido that bocce could become a possibility for me.

While I was in Asbury Park, they kept on winning, but I had to leave my gig with ETS before I learned if they had clinched the championship. That did not matter; having touched and rolled my first bocce ball, I was completely hooked. When I got home, I told my basketball buddy, a dear friend and colleague, about my newfound love of bocce. My next birthday, July 3, my gift from him was my first bocce set.

The equipment was just the start. I had the pallino, the balls, and a measuring tape, but no court at all. In a tribute to the movie “Field of Dreams,” I said to myself, “If you build it, they will come.” My backyard at that time was almost entirely blacktop. So one day when I saw a crew installing a new blacktop driveway in my neighborhood, I approached the crew and asked how much they would charge to remove a 12’ x 40’ blacktop surface from my yard along with 12 inches of substrate. They were in the area with all their equipment, and I would pay cash, no questions asked. The next day, I had a 480 square foot one-foot deep hole in my yard. I called the local nursery and ordered 53 yards of topsoil and then “bribed” my visiting Nephew, Steven Tripodi, with a trip to the Basketball Hall of Fame if he would help me spread the dirt over the yard so we could rake and seed it. We were exhausted when we finished, and he slept all the way to Springfield.

A month later, I had my home court. Lauren and I created “The Beverly Bocce Players Association,” including creating stationery and a dues structure. My brother Tom gave me a scoreboard for recording points, and we began to play on the home court and on the beach (both wet and dry sand bocce).

Having founded The Church of Almighty Bocce, I became its first missionary. My debate teams throughout the late 80s and 90s were known for our bocce games that took place during pairing breaks at every tournament, even airline trips when we had to check the bocce balls for flights.

Then in the summer of 1989, I began teaching at a summer institute for AP teachers. Sessions ran from Sunday dinner until Friday lunch, so we had five nights to entertain all the teachers who were staying at St. Johnsbury Academy. Every Sunday night, we’d set up two courts on the lawn, use ropes and pins to create a regulation court, and invite teachers to learn the game. By Thursday night, we’d have a cookout, dance, and bocce tournament. Teams created costumes and names. I am convinced that the St. Johnsbury experience sold more bocce sets around the country than mere advertising could ever do.

My late colleague Steve Olsen of Hingham HS, one of the greatest AP Calculus teachers in America, became my partner, and we won many tournaments under the moniker “The Bocce Brothers.” We were always friendly to all the teachers except on Thursday night when we would generally win the competition. My heart broke the year that he had a stroke and had to quit teaching. Over our 20 years together, I had more dinners with Steve than with anyone except Lauren. After his death, I continued the tradition at St. Johnsbury for 8 more years, but never with the same intensity and always playing more for fun than the winning. 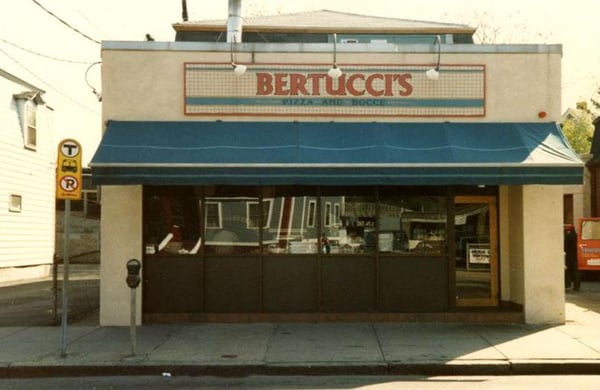 During the 1990s the original Bertucci’s in Somerville near Davis Square had a bocce court in the basement that we frequented when visiting our daughter at Tufts. We played so much bocce that at times our pizza crust was enhanced with the stone dust from our hands.

My Bocce Brother motto was “Any Court, Any Time.” The only person who consistently beat me was my wife Lauren, who beat me in Paris at the Luxembourg Garden on my 65th birthday. Our nephew Will Averill wrote about Lauren, “Aunt Lauren is a deft hand at bocce, and while she won’t let you win, she’ll let you lose gracefully.” She was on my team any time we had a game.

I have taken my set to the North End in Boston and played with the old Italians on their home court. They sometimes allowed us to feel good early in the game and then came back to destroy us when it got too close. My son-in-law Dave Marley and I won the Beverly City Bocce Championships in 2012, and we were even called “Titans of Bocce” in the press.

Bocce has become a family tradition for our children and grandkids. In bocce everyone can play, and all ages can learn to play well. It’s a game of strategy, cunning, and of patience. One can learn life lessons on the bocce court. Never give up. A soft touch is more effective than a blasting roll. Your worst enemies are your own mental mistakes.

Waring School and Bocce share a great deal in common. Everyone can play and all are expected to try. We have no bocce instruction manual; we learn it by playing. The Waring term is experiential education or immersive learning. We earned our court with manual labor. Many people know that one Endterm about five years ago, I supervised the building of Waring’s home bocce court with the help of all the Endterm groups. We have now established the tutorial bocce contest every fall, and everyone from the youngest Core student to the oldest faculty member can play together. Each year, the tutorial bocce tournament creates a new set of heroes in the school. At Waring, Bocce is an example of our community of lifelong learners.

As for me, I’ve come a long way from Asbury Park 31 years ago. I am no longer a young kid of forty, my mentor Guido could be my brother, and my passion for the game is no longer puppy love but the enduring love of a lifelong relationship.

Tim is happy to announce that after March break, Waring will host a charity All-School bocce contest. Teams of 1-4 members will pay an entry fee of $25, and they will compete for a small cash prize (most of the proceeds will go to Beverly Bootstraps). The tournament will be scheduled during lunches and Focus/Flex times. Teams should sign up at Mrs. Cahill’s office by March 6. 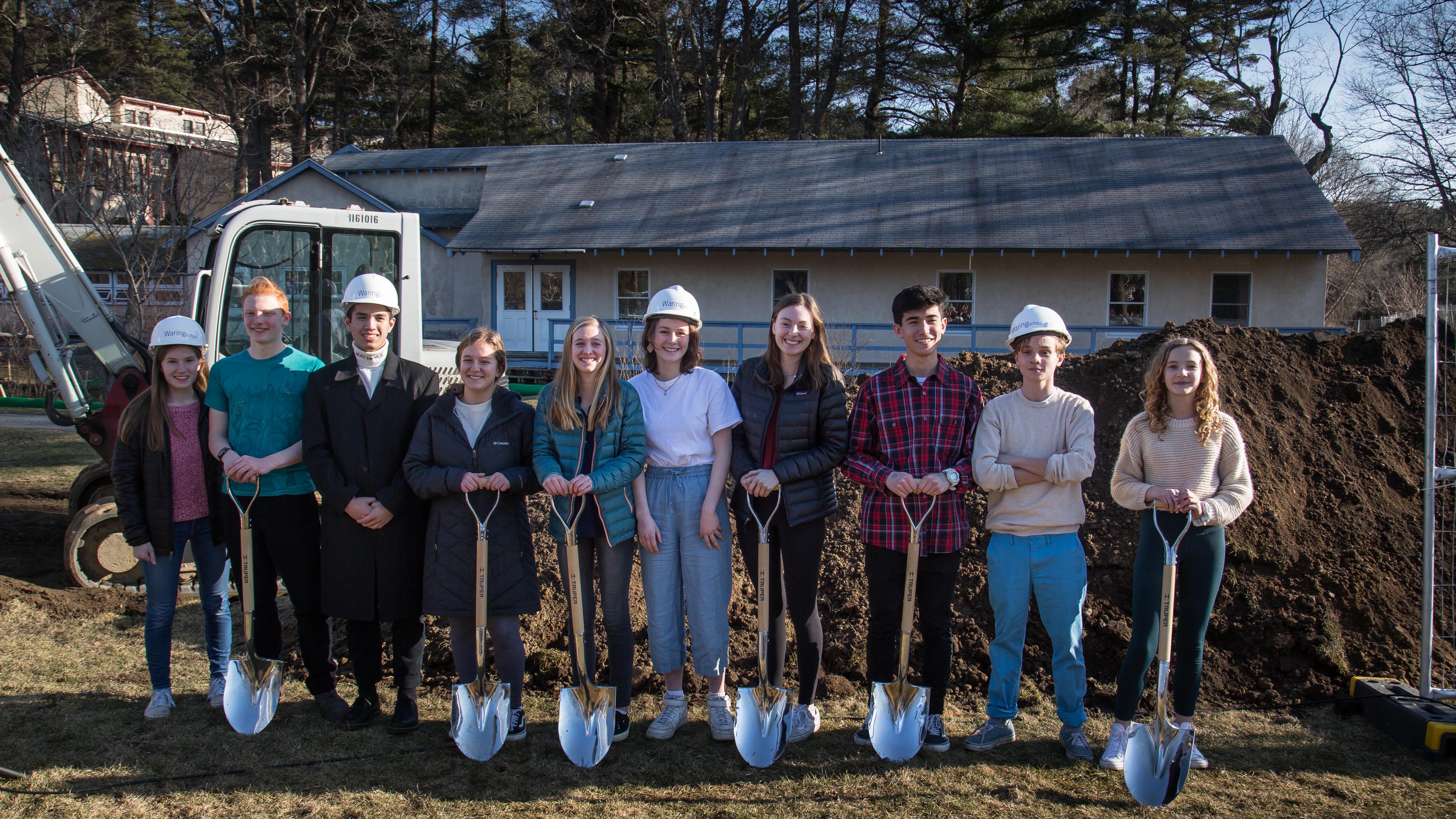