Before they graduate from university later this month, three Waring School alums made news at their respective universities. 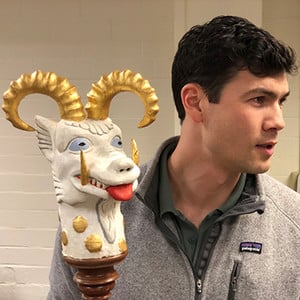 I-Hwei Warner ’05 will graduate from Yale University’s School of Management on Monday, May 20. As is tradition, leading the University’s Commencement Procession will be the “Yael” Mace, designed by I-Hwei’s great grandfather.

A 2009 graduate of Bates College, Warner served in the U.S. Army from 2010-2016 before joining JPMorgan Chase & Co.’s Pathways Development Program. At Yale, I-Hwei participated in the University’s MBA for Executives program, which allowed him to work full-time while taking classes on the weekends. After graduation, he is moving to Los Angeles to work for an aerospace startup. 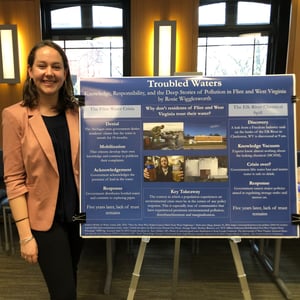 Rosie Wigglesworth ’14 will graduate from Harvard University with a degree in Environmental Science and Public Policy on Thursday, May 30. Last month, she helped create a sustainability-themed escape room featured in the Harvard Gazette.

Escape rooms are becoming more common, and the idea behind this room was to capitalize on that popularity to make people engage directly with issues of sustainability and the environment. To escape, participants had to solve puzzles embedded with sustainability lessons.

Rosie recently presented her thesis, Troubled Waters: Knowledge, Responsibility, and the Deep Stories of Pollution in Flint and West Virginia. After graduation, Rosie plans to pursue a career at the intersection of environmental science and public policy. 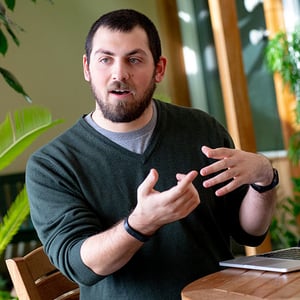 Henry Mitchell ’15 will graduate from the University of Vermont this Sunday, May 19, with degrees in math and physics. During his time at UVM, he impressed professors with his interdisciplinary curiosity, leading the University to choose him among 2,500 seniors to profile.

While at UVM, Henry performed research with five different professors in three different departments. His interest in mathematical nonlinear dynamics and the connection he forged with a professor in UVM’s Larner College of Medicine led him to write his honor’s thesis on chimera states and patterns observed in neural models. Someday, his research could lead to a better understanding of how seizures arise and spread in the brain.

Next for Henry is a post-baccalaureate pre-med program at Johns Hopkins University.