After a very long day of travel (exactly 33 hours) as a result of many delays, we landed in Beijing. Just a day later, on our bikes, my host Suzanna and I found our way back to the main street. This whole time, Suzanna maintained unwavering confidence but this all broke down after the second near-death collision, this time with a motorist. 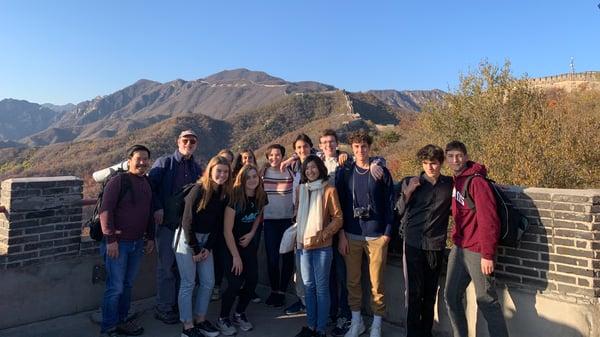 On the trip, we saw many mind-blowing sights. Each day we got to travel from our host school on field trips to see what the city had to over. Out of all of the spectacles we saw, the Great Wall was by far the craziest. After a long drive out of the city, the Great Wall appeared, rising from the mist, snaking in and out of the mountains. What was most amazing was how sudden you find yourself in the mountains with views on all sides.

At the debate tournament, although there was fierce competition between Waring debaters and our hosts, everyone had an amazing time. Not only did we have loads of fun, but out of 240 debaters, everyone from Waring who could was awarded a trophy. Three Waring students were recognized among the top-six performers, earning Speaker Awards–Julie Durning (6th), Jack Martin (5th), and Arion Carraher-Kang (3rd).

After regaining control of her bike and her balance, Suzanna led me out onto the main street. After 15 minutes of pedaling through traffic and flashing lights we arrived at the gate to Suzanna's apartment. We took an elevator up two flights, and I made my way into my new home for the next two weeks.

Another one of my favorite aspects of the trip was the bonds we made with all of welcoming people who hosted us. From home cooked meals to morning drives, the amount of kindness shown through clearly. Almost every night our hosts put aside their studies and took us out into the city to experience the culture–trying everything from fried silkworms to navigating the busy streets via moped.

Everyone on the trip agreed that all the debating, visiting sites, and experiencing Chinese culture was a once-in-a-lifetime experience. 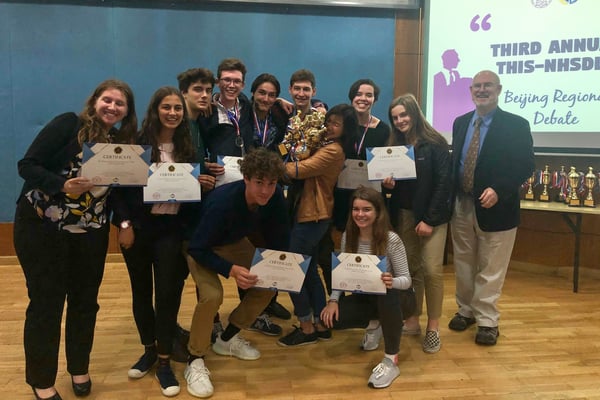 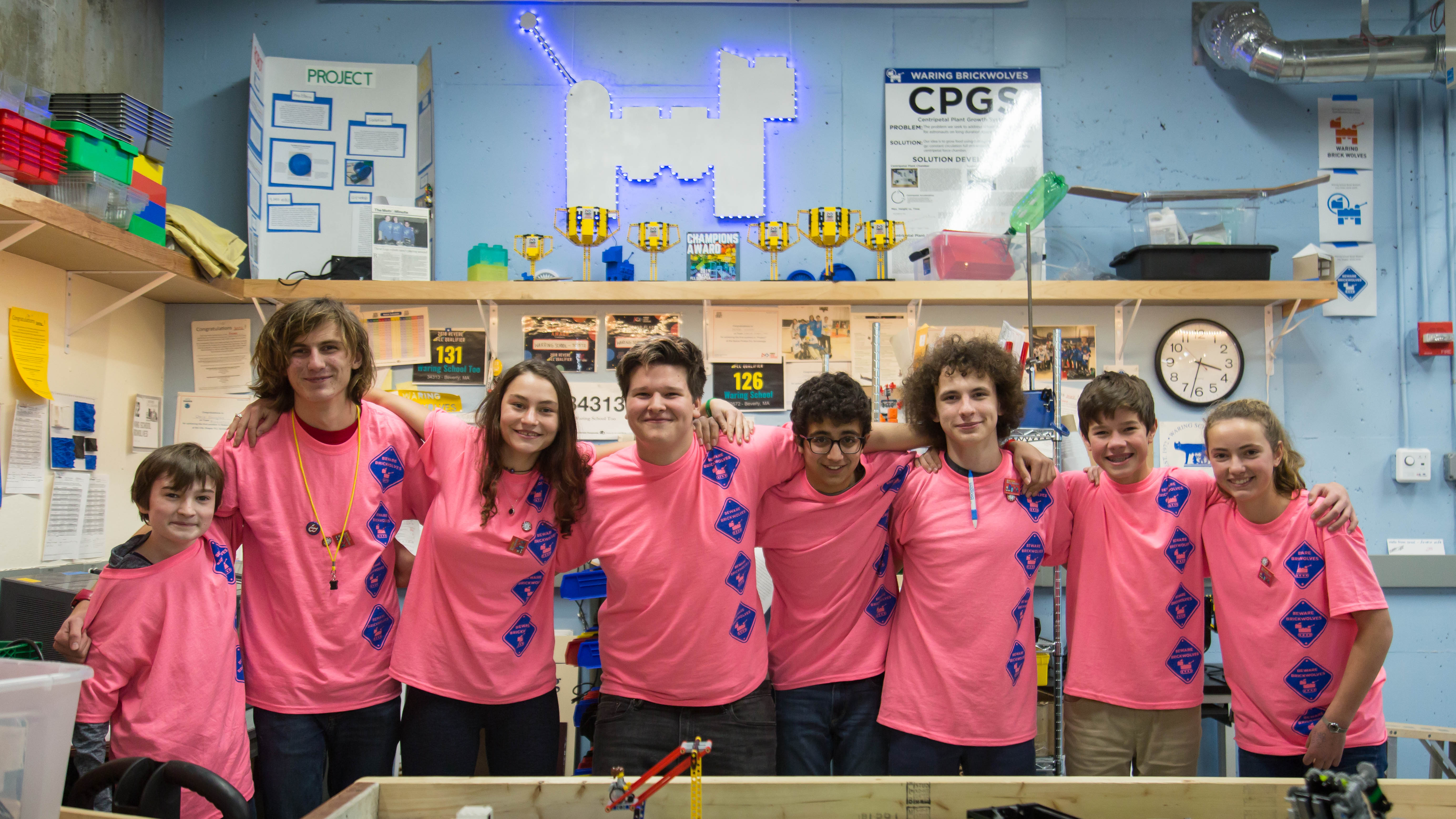 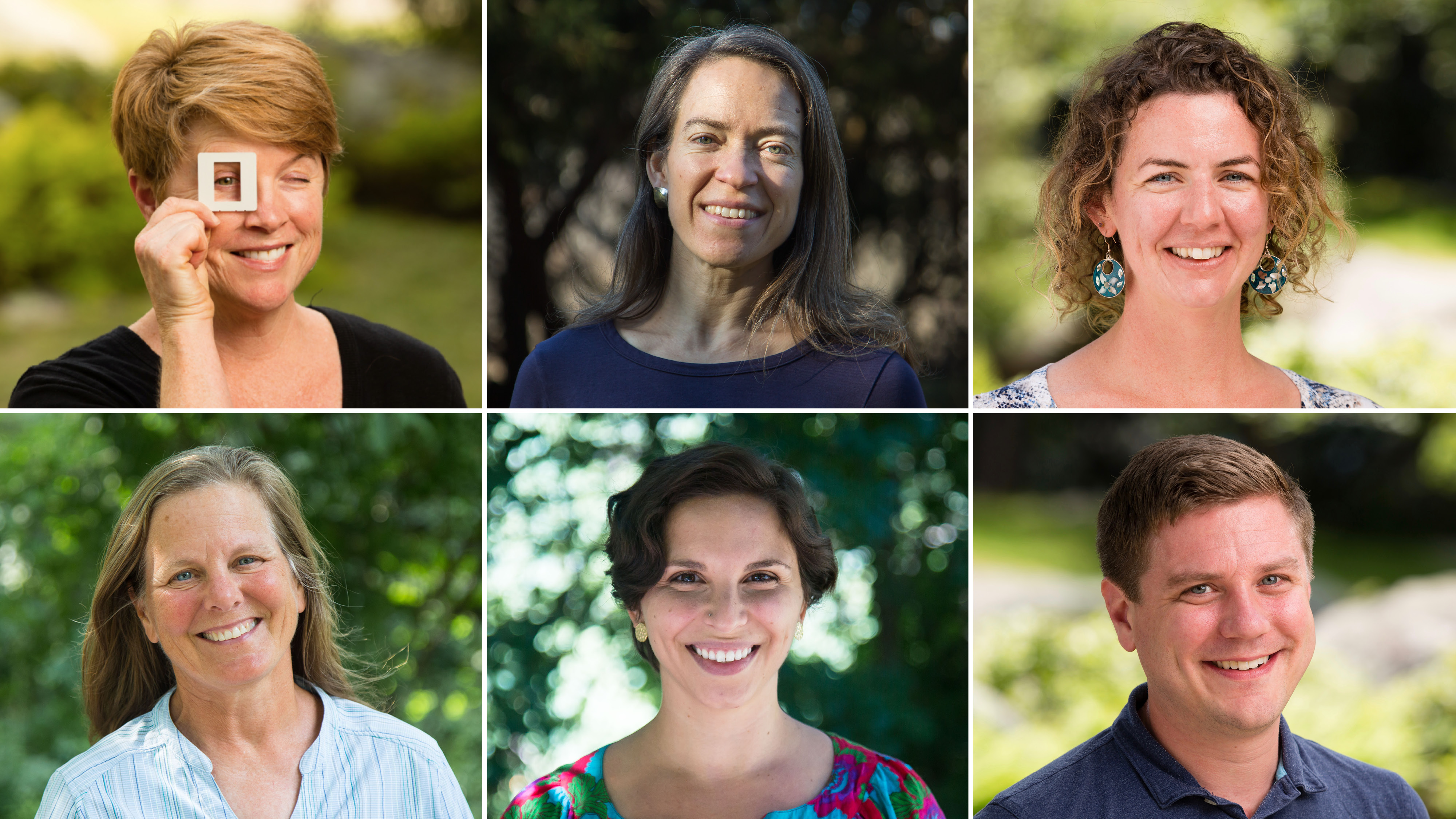