A championship robotics team isn’t built in a day. It’s built one LEGO brick at a time.


Last year, in their first year of competition, Waring did not finish in the top nine at the Revere FIRST LEGO League qualifying competition to advance to the Eastern Massachusetts Tournament.


Of the 40,000 FIRST robotics teams worldwide, only 105 FLL teams earned an invitation to the World Championship in April.


“Last year at the Revere tournament, we were a hardworking bunch of kids that had no idea what a successful robot or project looked like,” said Waring Coach Francis Schaeffer. “Now, at the state level, we have one of the most sophisticated programs.”


It’s the difference a year of hard work can make.


After failing to qualify for the state tournament the previous year, Waring School’s FLL Team continued to meet well past the end of their season. They broke their robots down, looked at the tens of thousands of LEGO pieces in their newly constructed makerspace and started again–one LEGO brick at a time.


“The motivation to work extra hours was all us,” said Hanna. “All of us found the subject matter very interesting and that was motivation enough to stay late and to work on weekends.”


FIRST LEGO League competitions aim to get middle school students interested in science, technology, engineering, and math. To compete, students design, code, and build a robot to perform tasks, propose a solution to a problem associated with long-duration space travel, and demonstrate civility while working as a team.


As part of their solution to long-duration space travel, the Waring team presented a 40-page binder of research, diagrams, and plans on how to use a spinning growth chamber to grow vitamin-rich plants in space. As part of their research, they communicated regularly with a top professional in the field of bioastronautics.
“We were emailing a guy at NASA like it was a normal thing,” said Douglas. “It was very exciting when they responded that they were working on something super similar.”


The next few months will be busy for the Waring eighth graders as they again have plans to tear their robot apart and build it from the ground up–brick by LEGO brick.


“We weren’t just happy to get first,” said Cooper. “We were happy to get the chance to keep competing, to keep working.” 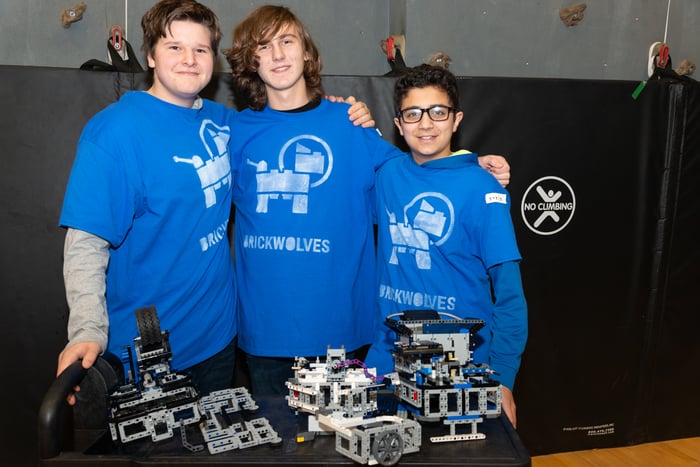