Waring School is excited to introduce eight new faculty members for the start of the 2018-19 academic year. Learn a little about each addition below.

Renee Becker joins Waring’s Music Department to teach Girls Chorus, Music Immersion, and Voice lessons. She holds a B.A. in Voice Performance from Houghton College and a M.A. in Music Theory Pedagogy from the Eastman School of Music. Her interests include philosophy, bookbinding, travel, and swing dancing.

Waring’s newest Calculus teacher is Anton Fleissner. He holds a B.A. in Mathematics from Princeton University and a M.S.Ed. in Education from the University of Pennsylvania. Prior to Waring, Anton studied ancient languages at Polis, the Jerusalem Institute of Languages and Humanities. In his free time, he enjoys playing the carillon and fencing.

Julie Nelson comes to Waring from Dana Hall School. She joins the Math Department and will coach basketball and lacrosse. She earned a B.A. in Economics and a M.L.A. in Mathematics for Teaching from Harvard University. She likes hiking, biking, paddle boarding, swimming, and playing soccer, tennis, and paddle tennis.

Waring’s new Social Worker and Adjustment Counselor, Meg Ferguson Sauder, joins Waring after 13 years of school counseling at the Landmark School. She will also teach health and co-lead a tutorial. She holds a B.A. in Sociology from Wheaton College, Illinois and a M.A. in Social Work from Salem State University. Her interests include surfing, skiing, and travel.

Tim Te joins Waring’s Science and Math Departments after teaching stints at Milton and Somerville High Schools. He obtained a B.A. in Science from Boston University and a M.Ed. from Lesley University. In Tim’s free time, he enjoys painting, board games, volleyball, and hiking.

Waring’s new Learning Skills and ESL Coordinator is Kirsten Trumbull. Kristen holds B.A. degrees in Education and Spanish from Gordon College and a M.Ed. in Reading Education from Boston University. Prior to Waring she worked as a reading specialist in the Chelsea Public School District for six years. She enjoys cooking, knitting, and going to the theater.

Waring’s new College Counselor, Harold Wingood, joins Waring after more than 30 years working in undergraduate admissions and financial aid at some of the best colleges and universities across the United States. Harold holds degrees from Bowdoin College and Duke University. He enjoys modern jazz, golf, cooking, science-fiction novels, and literature from the Beat Generation. 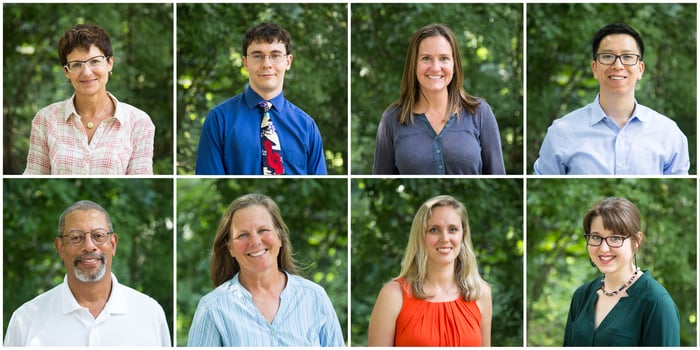 Use Amazon Smile to Donate to Waring