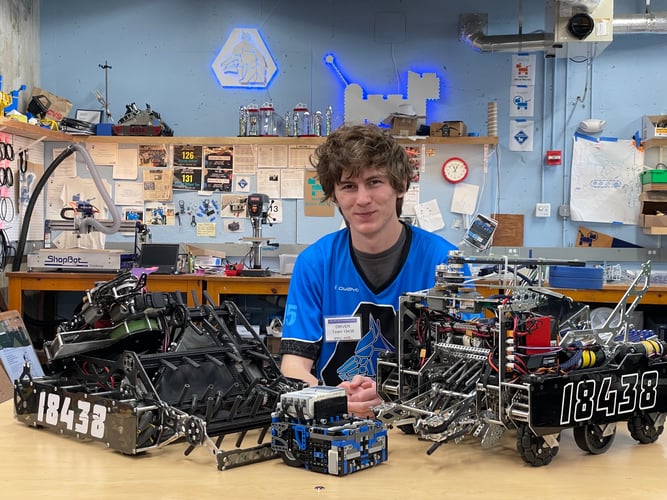 On Saturday, March 5, Wolfpack Machina won the Inspire Award, the top prize, at the Massachusetts FIRST Tech Challenge Championships and qualified to compete in the FIRST Championships, also known as Robotics Worlds, which will take place in Houston TX from April 19-23.
At the Massachusetts FTC Championships, Owen Cooper, currently a junior at Waring School, was nominated as one of three Dean's Lists Finalists in the state of Massachusetts.  At Worlds, we will find out if he has been chosen as one of the ten Dean's List Winners from among the Finalists in every state and from teams across the world.
Each FTC team has the right to nominate two team members for Dean's List.  Each nominee's team writes an essay about the nominee's work in FTC, and the candidates are interviewed individually by Dean's List judges.  At the state tournament, over forty Dean's List semi-finalists were recognized.  As the awards ceremony came to a close, just before Owen's team Wolfpack Machina were announced as the overall winners of the State Tournament, the announcer called Owen's name as one of the three Dean's Lists Finalists!
Each member of Owen's team nominated him to be the team's Dean List entry.  The members of the team each contributed to the essay submitted to FIRST about Owen's work for the Waring FIRST teams.  Owen's work in FIRST began in 2017, when he was a member of Waring's first FLL teams.  During his second FIRST season, Owen led his FLL team to win the MA FLL State Championship; they then went on to FLL Worlds and came in 22nd in Robot Game out of the 100 teams at Worlds.  In his third season, Owen led his team to win the MA FLL State Championship for the second year in a row.  His team was off to Worlds again, but sadly, due to COVID, the world tournament was canceled.  However, before worlds was canceled, Owen crafted the highest scoring FLL robot game in the world, maxing out every single point on the 2019-2020 board.  During the 2020-2021 season, Owen led his team as they transitioned from FLL to FTC.  Owen's team Wolfpack Machina ended the year with the two highest robot scores in the world.  Sadly, due to COVID, Worlds was again canceled.  This record of wins was in no small part due to Owen's work.
During his four years in FIRST, Owen has led his team in robot design and game strategy.  He taught himself Lego Digital Designer to CAD his team's FLL robots, Fusion 360 to CAD his team's FTC robots, and Java to code the FTC robots.  He led the Waring FTC CAD and Design Camp and is currently a TA in Core Robotics.  He has made robotics tutorials that have received over 100,000 views on YouTube from teams around the world.  Owen is currently in the process of patenting the innovative suspension system he developed for this year's FTC robot.
At Worlds, Owen will again lead his team as captain and main driver.  He will drive the robot that he has worked on for months as the team competes with the best FTC teams in the world.  During the course of the competition, he will also attend a special event at which the 10 Dean's Lists Finalists are announced.  Wish him and the team luck as they head off to Worlds. 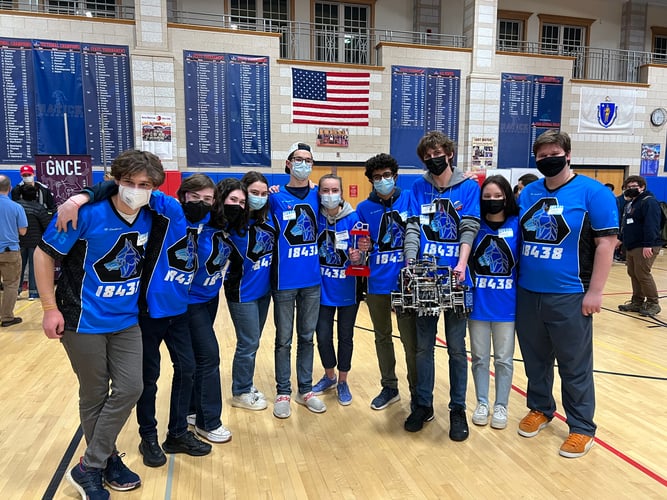 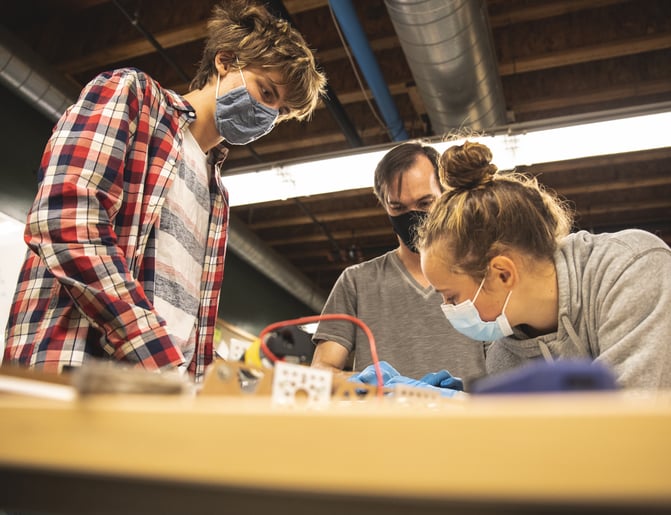 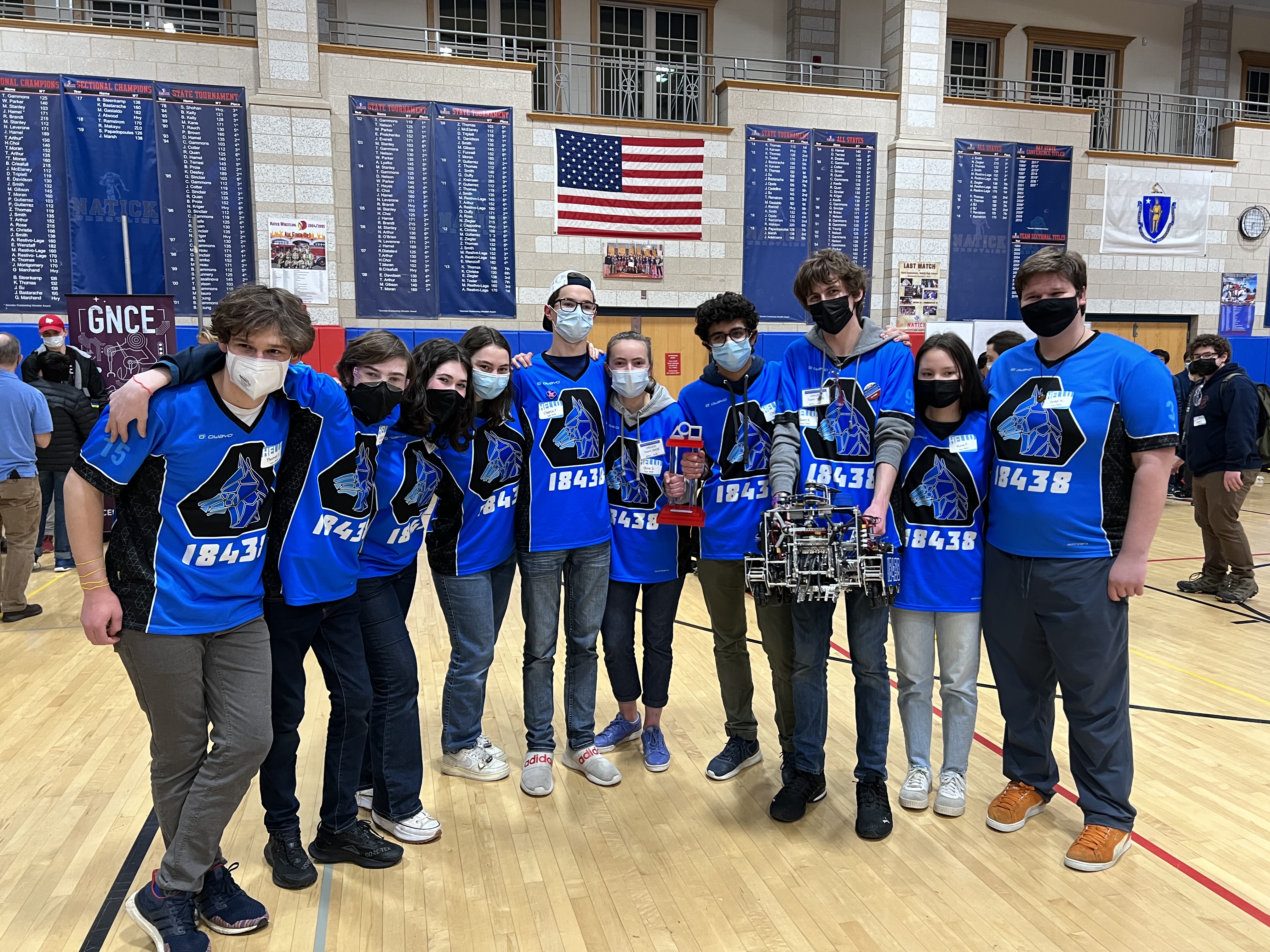 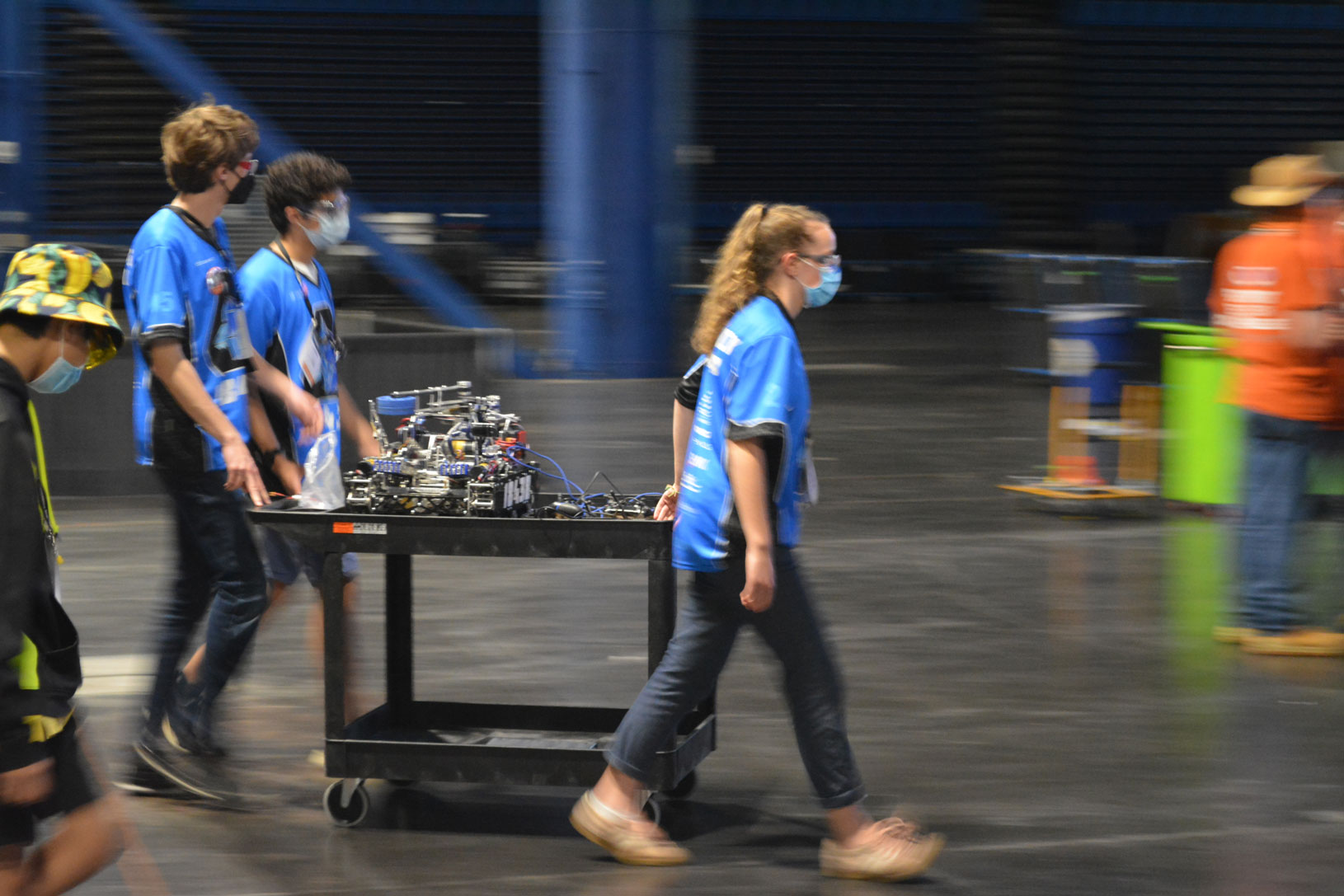