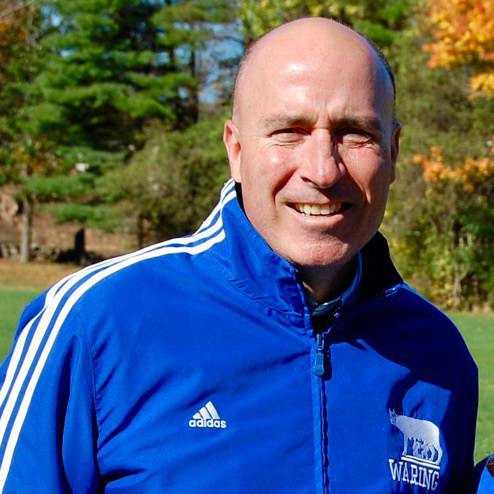 Meet Mike:
Mike is Waring School's Director of Athletics. He attended San Diego State University where he earned a BA degree in Science and played Division I soccer. His senior year, his teammates named him captain. In high school, Mike excelled in athletics at Beverly High and was inducted into their Sports Hall of Fame in 2009.

For more than 20 years, Mike has coached all levels of soccer in Massachusetts–from the Boston Breakers Women's Premier Soccer League Reserve Team (National Champions, 2010) to the Aztec Soccer Club, which he founded. Under his supervision, nearly 500 Aztec Soccer alumni have gone on to play collegiate soccer.

Mike joined Waring in 2007 and holds a MA degree in Athletic Administration from Ohio University. His goal in seeking excellence in educational athletics is achieved by placing the teaching of life lessons on the same level as performance outcomes. This is based on his own personal experiences as a former division one collegiate student-athlete and 25 years of coaching youth club sports, interscholastic athletics, and collegiate athletics (two-time Coach of the Year). Mike’s personal interests include music, 18th-century American history, boating, and coaching competitive soccer players.